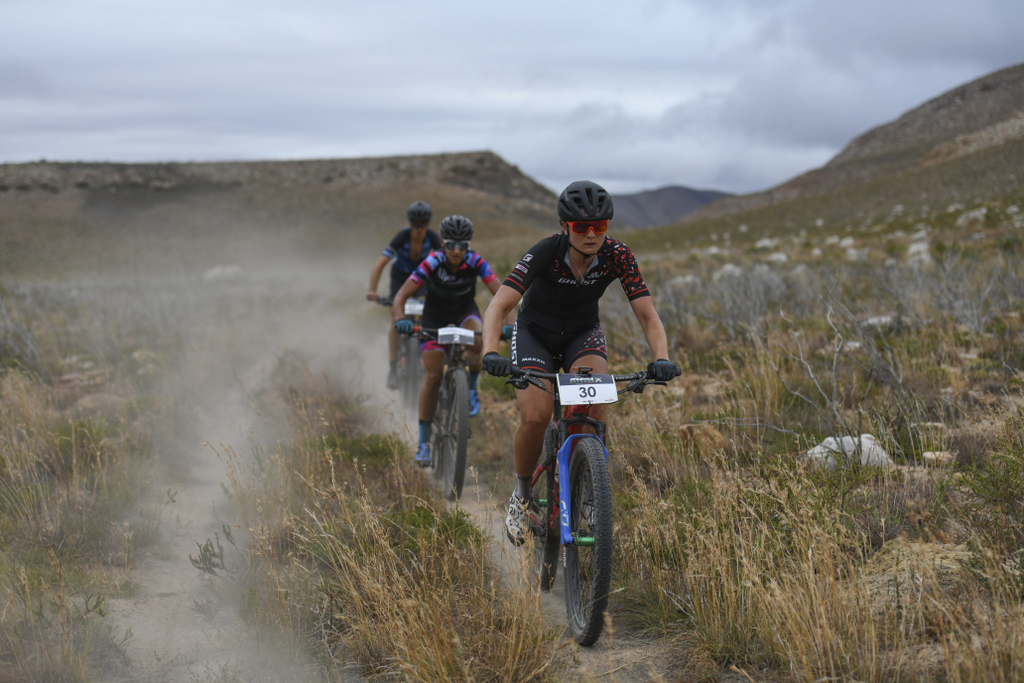 To celebrate the 15th edition, of the Momentum Medical Scheme Attakwas Extreme presented by Biogen, Dryland Event Management will be offering mountain bikers 15% in value back to 2021 entrants. The offer launches when entries open on the 27th of February, at 12:00, and close at midnight on the 31st of March. In 2021 the Hell of the South will once again kick-off the South African mountain biking season and is scheduled to take place on Saturday, 16 January.

“I can’t believe that next year will be the 15th edition already” Henco Rademeyer, of Dryland Event Management marvelled. “In many ways, the Momentum Medical Scheme Attakwas Extreme presented by Biogen, which is best known as the Attakwas by the riders who take it on each year, is where Dryland started too.”

“Ahead of that first year, we weren’t even sure if it was possible to race from Chandelier Game Farm, in the Klein Karoo, through the rugged Attakwaskloof, to Pine Creek Resort, in Great Brak” Rademeyer confessed. “Everyone rode 26ers. Most people were on hard tails and we were surprised to have nearly 200 riders in the first race. A decade and a half on; bikes have changed so much and the numbers have grown by 1 000. But the race has remained a significant challenge. It has earned the nickname of the Hell of the South the hard way.”

“It is one of those events that never gets easier” he continued. “Your time may get faster, but you still reach the finish at Pine Creek Resort exhausted. I think that and the comradery among riders who have completed it are among the reasons why it is so special. Another reason is the Attakwaskloof itself. The kloof is exceptionally remote and is inaccessible to mountain bikers outside of the race. It is breathtakingly beautiful and I always feel privileged to be able to ride or drive through the kloof while preparing the route. It is an honour to share such a special part of our Klein Karoo region with the mountain biking community every year.”

“To celebrate the event’s 15th edition we have decided to offer 2021 entrants 15% in value back” Rademeyer added. “From when entries open, at midday on the 27th of February until midnight on the 31st of March, all riders will be able to secure an entry to next year’s race at a reduced rate. Unfortunately, this offer cannot be used in addition to the 15% Momentum Medical Scheme members’ discount, which is applicable throughout the year and is also valid for the Momentum Medical Scheme Tankwa Trek- and Cape Pioneer Trek- presented by Biogen, events.”

For riders interested in taking on the Momentum Medical Scheme Attakwas Extreme presented by Biogen for the first time the race is a 121-kilometre UCI categorised ultra-marathon. It forms part of the UCI Marathon World Series and crosses four distinct biomes on its route from the Klein Karoo to the coast. Starting among the ostriches and giraffe in Chandelier Game Reserve the route traverses arid Karoo terrain for nearly 50 kilometres before entering the high mountains of the Attakwaskloof. Once out of the kloof and into the southern foothills of the Outeniqua Mountains pine plantations provide shelter from the sun. The final 40 kilometres follow rolling roads, which descend to near sea level, for river crossings, before climbing again to the fertile plateau which stretches from the coast to the mountains.

To enter the 2021 Momentum Medical Scheme Attakwas Extreme presented by Biogen, or to find out more about the famous race, visit www.atta.co.za. Entries for next year’s race open at 12:00, South African time, on Wednesday 27 February.

BEERS AND STENERHAG KICK-OFF 2020 IN STYLE