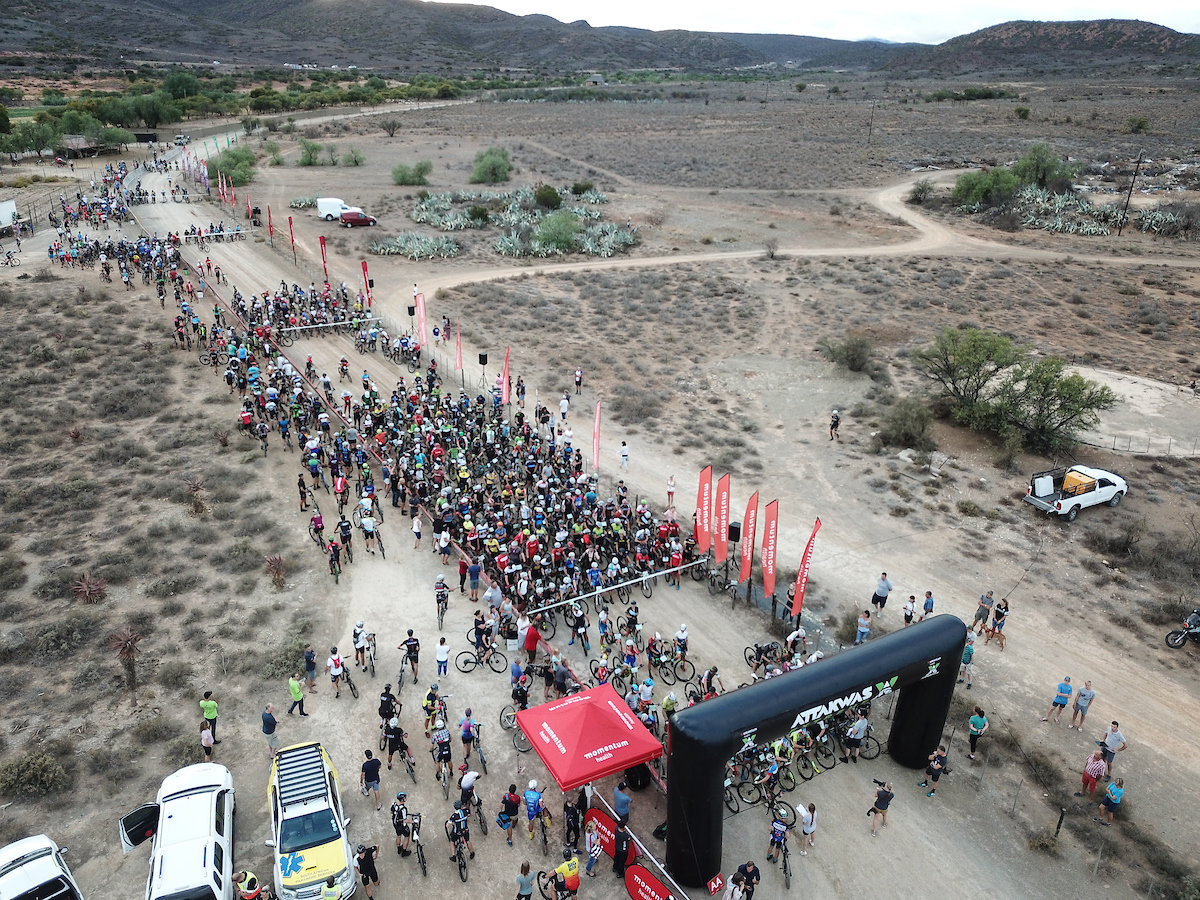 The 13th edition of the Momentum Health Attakwas Extreme presented by Biogen takes place on Saturday, 19 January, which officially became part of the UCI MTB Marathon Series in 2017. Not only does the event offer riders a chance to collect UCI points, but the top 20 will also qualify for the UCI Marathon World Championship.

Riders entering this event are by no means guaranteed of easy points, however. A daunting 2900m of climbing through the Outeniqua Mountains is presented, with extremely wild and technical terrain that lies between the start in the Klein Karoo and the finish along the banks of the Great Brak River.

A world class field of riders has once again been assembled for the event.

2019 will see the return of defending champion, Matthys Beukes. He described his performance last year as “textbook” and for most of the race had Urs Huber’s record in his sights. The key for Beukes last year was all the hard work that he put in over the festive season, which he has surely done again in his quest to notch up a third title.

A number of elite riders in the mix will attempt to upstage Beukes at this year’s race. Chief among the pretenders to Beukes’ thrown is Philip Buys, his team mate at both the Momentum Health Tankwa Trek and the Cape Pioneer Trek, presented by Biogen, where the pair tasted victory earlier in 2018.

Karl Platt, a legend in the ultra-endurance mountain bike racing scene and a five time winner of the Absa Cape Epic will once again try to clinch one of the only titles still evading his grasp. Platt, who finished 3rd at the 2017 edition of the race, has struggled to dominate events the last 2 years like he used to. The German is hard at training , however, as he prepares to prove in this coming season that he is still amongst the world’s best.

The women’s event will be no less of an epic throwdown. Jennie Stenerhag, 2017 Cape Epic champion has had a quiet 2018 by her own high standards. The Swede has finished 2nd and 3rd at the Attakwas Extreme before and will surely be hungry to go one better in the 2019 edition.

South Africa’s brightest talents are already entered for the race and will want to keep the title in South African hands. Candice Lill, who left Team Dormakaba in April this year to pursue success internationally, had an impressive 2018 season. She racked up victory in the Tankwa Trek as well as 4th at the Cape Epic and 2nd at the South African National Championships – XCO.

Team Dormakaba’s leading ladies Sam Sanders and Amy Mc Dougall are also set to shake the 2019 stage. Mc Dougall joined the team in May last year and proved to make a formidable pair with Sanders when they stormed to victory at the renowned 3 Towers Stage Race. It will be truly pulsating to watch the Dormakaba teammates battle it out at what has a strong reputation as “South Africa’s toughest one-day event.”

Yolande de Villiers, a previous podium finisher at both the Tankwa Trek and Cape Epic, is a stalwart of the local mountain biking scene known for her ability to pull off incredible performances against all the odds. De Villiers finished fourth, beating Lill to the line, in the race in the 2018 race and will be keen to resume her rivalry with Lill.